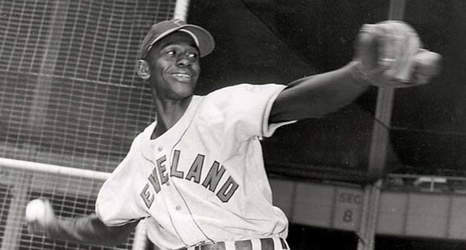 This February, Sports Illustrated is celebrating Black History Month by spotlighting a different iconic athlete every day. Today, SI looks back on the legacy of Satchel Paige.

It's been written that Satchel Paige won 104 out of 105 games in a single season. That when barnstorming, he would routinely have his infielders sit down as he struck out the side. That he would do the same thing in the major leagues, calling his outfield in before he proceeded to strike three batters out in a row.

Regardless of the veracity of those tales, Paige's actual achievements warrant just as much amazement.