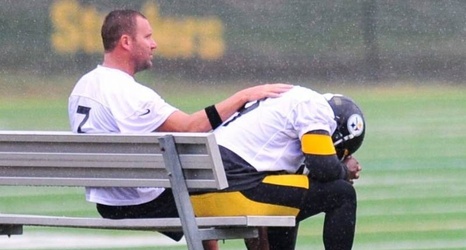 Emotions were high for the Pittsburgh Steelers during their first practice following the death of wide receivers coach Darryl Drake on Sunday.

On Tuesday, quarterback Ben Roethlisberger was shown consoling star wideout JuJu Smith-Schuster by photojournalist Ed Thompson during a break on the bench:

Steelers owner Art Rooney II issued a statement about Drake's death at the age of 62: "We are at a loss for words following Darryl Drake’s passing this morning.