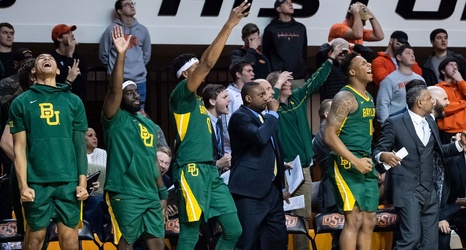 Baylor and Gonzaga were the only two teams in the top five that took care of business last week.

That doesn’t mean they didn’t move around, too.

The Bears (15-1) leaped over the Bulldogs and into the No. 1 spot in The Associated Press men’s college basketball poll on Monday, using wins over Iowa State and Oklahoma State to give the Top 25 its seventh team on top this season. That matches the record set in 1983 for the most No. 1s in the history of the poll, which dates to the 1948-49 season.

Gonzaga (20-1) was merely a victim of its conference schedule.