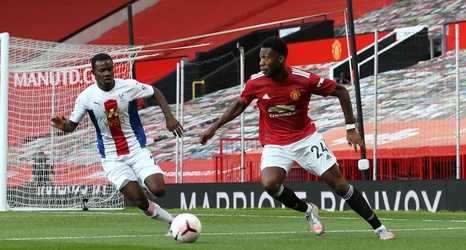 The Bundesliga club said Wednesday that the 23-year-old Fosu-Mensah, whose contract with the English team was due to expire at the end of the season, has signed a deal through June 2024.

“Fosu-Mensah is a technical, quick and physically strong defender who can be used both as a right-back and in the center,” Leverkusen sporting director Simon Rolfes said.

Leverkusen had been searching for a new right-back as injury-prone Lars Bender is ending his career after this season and the injured Santiago Arias’ loan deal from Atlético Madrid is due to expire.