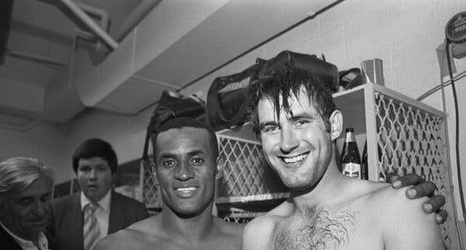 Steve Blass pitched in parts of 10 seasons for the Pittsburgh Pirates. He won a World Series title in 1971, earned an All-Star selection the following season and retired from the diamond a few years later. In many ways, he is representative of the average Major League Baseball player, based on his demographics.

“I am,” Blass said in a phone interview on Monday, “a probably conservative, white, former baseball player that learned things that have become important to me by being in the presence of Roberto Clemente, Willie Stargell and a lot of those guys, and watching and admiring Henry Aaron, who embodied, I think, everything good in the game.