Barcelona Has a Long Way to Go to Become Elite Again 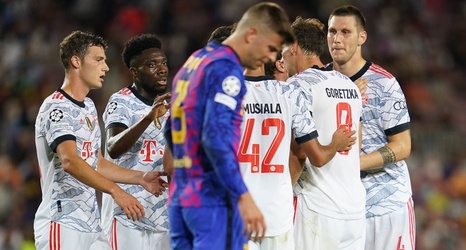 It says much for the state of the modern Barcelona that the question as it began its 2021-22 Champions League campaign was less whether it could win the title rather than how early it could go out without it being an embarrassment. Defeat to Bayern Munich in their group opener on Tuesday was largely anticipated, and so low are expectations these days that the fact the scoreline was "only" 3–0, the fact Barça was not utterly humiliated, will be seen by some as a positive.

But the gulf between the sides was obvious. Bayern was at nowhere near its best, playing at half pace and with surprisingly little penetration.