Ballon D'Or Won't Be Awarded Due to Coronavirus Pandemic 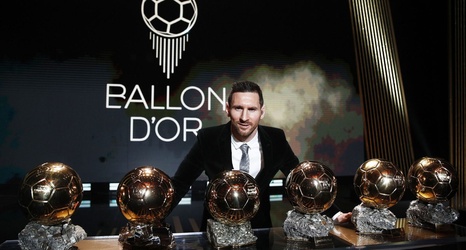 The prestigious Ballon d’Or will not be awarded this year because the coronavirus pandemic has disrupted the soccer season.

Awarded by France Football magazine, the Ballon d’Or has been given out every year since Stanley Matthews won the first one in 1956. Lionel Messi has won it a record six times — one more than longtime rival Cristiano Ronaldo.

The magazine started giving out a women’s award in 2018, but that has also been put on hold.

“It’s such a strange year that we couldn’t treat it as an ordinary one. Let’s say that we started talking about (making the decision) at least two months ago,” France Football editor Pascal Ferré told The Associated Press in a telephone interview.