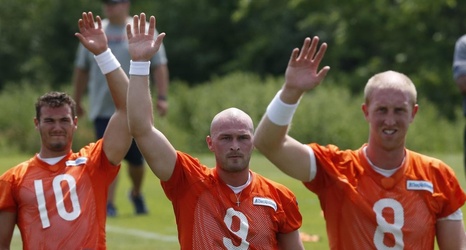 Much of the Cleveland Browns season has not been handled correctly, and quarterback Baker Mayfield elaborated on one thing on an issue following the team's 27-19 win over the Cincinnati Bengals on Sunday.

Prior to the game, NFL Network's Ian Rapoport reported that Browns receiver Odell Beckham Jr. "has been playing through a serious and often painful sports hernia injury, sources say, one that will necessitate surgery in the offseason."

Rapoport added: "He hasn't missed a game yet, but he has been battling."

Mayfield told reporters during his postgame press conference that the injury "wasn't handled the right way":

#Browns Baker Mayfield when asked about OBJ’s lingering injury: “I don’t think it was handled right.