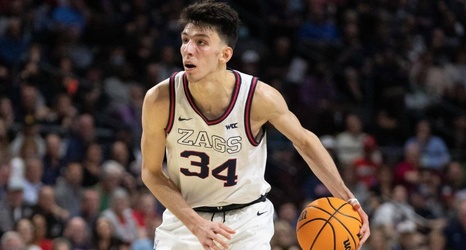 Jabari Smith and Chet Holmgren are widely projected to be the top-two picks in the NBA draft tonight, but one of those players’s coaches doesn’t think the choice is close.

Auburn coach Bruce Pearl, who coached Smith this year, is concerned about how Holmgren will hold up in the NBA. The Gonzaga product stands at 7'0" tall and weighs 195 pounds.

“The NBA stands for No Boys Allowed,” Pearl said, according to Erik Hall of the Montgomery Advertiser. “And that body scares me. It just does. He goes knee-to-knee with the wrong guy, and he could get broken in half.