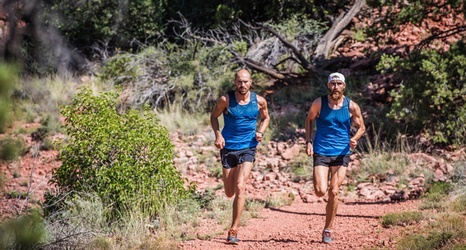 There’s no short way of answering the question, “Who is Tommy Rivers Puzey?” To some, he’s Rivs. To others, he’s Tommy. To many, he’s a bearded ultramarathoner with a substantial social media following who has helped runners through his physical therapy practice in Flagstaff, Ariz.

In the past month, the running community rallied to support the 35-year-old and share the details of his inspiring story. In late July, Rivers Puzey was hospitalized with an undiagnosed respiratory issue, after he tested negative for COVID-19. He was placed on a ventilator as the doctor sought answers before he was diagnosed with a rare and aggressive form of cancer called primary pulmonary NK/T-cell lymphoma.