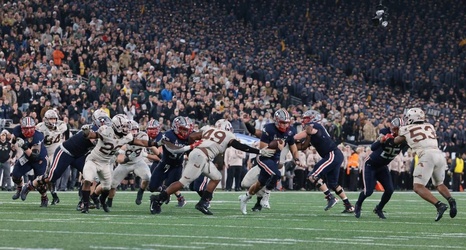 The schedule for the next six Army-Navy games are now official. In 2023, the Black Knights and the Midshipmen will play at Gillette Stadium in Foxborough, MA for the first time in the history of the rivalry, the game officially announced Wednesday. Then, Washington D.C. will host the 2024 game, followed by Baltimore in 2025, East Rutherford in 2026 and Philadelphia in 2027.

These city and year pairings have a historical backdrop to them. In a press release, the USAA mentioned the Boston Tea Party’s 250th anniversary for the 2023 game, and the 25th anniversary of 9/11 in the 2026 game.