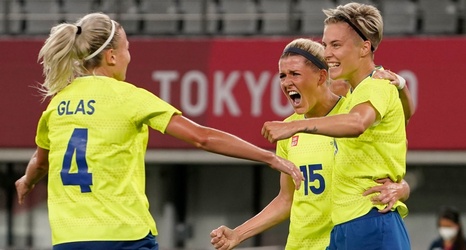 TOKYO — When Sweden and Canada meet in the women’s soccer gold medal game, they will make subtle history: For the first time, the two finalists in an Olympics or Women’s World Cup beat the U.S. to get there.

It’s not a fluke, either. The Swedes have been the best team in this tournament; they have played five games and trailed only once, for four minutes. As U.S. fans wonder what happened to their team, the most relevant answer comes from beyond the borders. Sweden happened. Canada happened. Europe happened. The exploding global popularity of the sport happened.