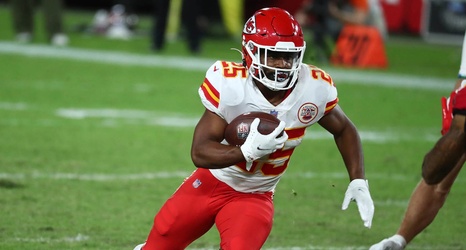 The Chiefs will be without starting running back Clyde Edwards-Helaire on Sunday against the Steelers, coach Andy Reid says. He's recovering from a shoulder injury.

Edwards-Helaire, a second-year player out of LSU, missed seven games this season due to a mid-year knee injury. He last played in Week 16 against the Steelers, running for 27 yards and a touchdown in the Chiefs’ 36–10 victory.

On the season, he has 517 yards and four touchdowns, down from his rookie year production by most metrics.

As ESPN's Adam Schefter notes, the team should have leading rusher Darrel Williams.