An All-Time Wild Card, Kyrgios’s Emotions Will Be Front and Center on Centre Court 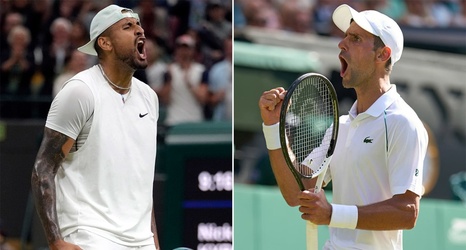 WIMBLEDON, England—In one of his many candid moments, Nick Kyrgios once said this about Novak Djokovic.

“No matter how many Grand Slams he wins, he will never be the greatest for me,” the Australian said. “Simply because, I’ve played him twice and, like, I’m sorry, but if you can’t beat me, you’re not the greatest of all time. Because if you look at my day-to-day routine and how much I train and how much I put in, it’s zero compared to him.”

While the relationship between the two players has improved since those comments, the fact remains that Djokovic has won 20 major titles, while Kyrgios is three sets away from his first.