An Abortion, a Missed Drug Test and Altered Records Add Up to Trouble 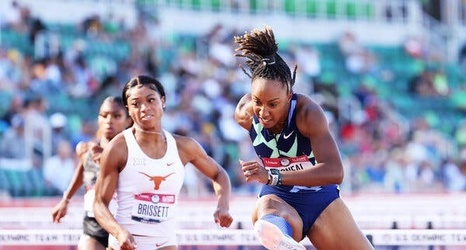 Brianna McNeal, the 2016 Olympic champion in the 100-meter hurdles who last month qualified for her second U.S. Olympic team, never thought she would tell anyone but her husband and her spiritual adviser about the abortion she had in January 2020. Certainly not World Athletics, the global governing body of track and field. Definitely not the public.

When interviewed after she qualified by finishing second in the Olympic trials final, McNeal said cryptically: “I want to cry right now. You guys don’t understand how much I’ve been going through this year. I’m just very emotional.”

But over two interviews this week, McNeal offered her first public explanation, saying she felt compelled to divulge the personal information in order to fight a doping ban and to clear her name.