Almost 30 Years After Breaking the Ice, Manon Rhéaume Looks at What’s Next for Women’s Hockey 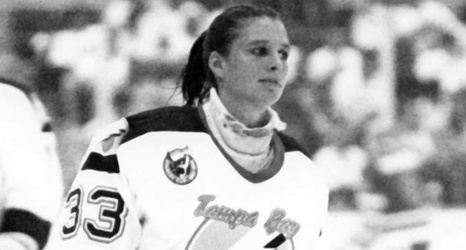 In 1992, Rhéaume became the first woman to play an NHL game when she tended the crease for the Lightning. Nearly three decades later, she’s still inspiring girls to play hockey.

A goaltender's main job is to shut the door. Twenty-nine years ago, Manon Rhéaume swung one open wide for women across sports.

When Rhéaume skated onto the ice for the Lightning during a preseason game on Sept. 23, 1992, she became the first—and still only—woman to play in the NHL. The native of Lac-Beauport, Quebec, made seven saves on nine shots against the Blues. But Rhéaume, who was just 20 years old at the time, had no idea what an impact that moment would make.