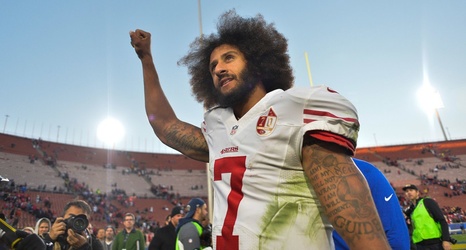 It's been five years since Colin Kaepernick played in the NFL, and his former 49ers teammate Alex Smith continues to question why teams won't sign the quarterback.

"It still doesn't make sense," Smith said on 10 Questions With Kyle Brandt. "The run that he went on the last year we were together when we went to the Super Bowl...[it] was so crazy to watch. Truly one of the historic runs in football to see what he was doing. He still holds records from that time period. Really special. It's crazy that fast forward to only a couple of years after that he's out of the league.