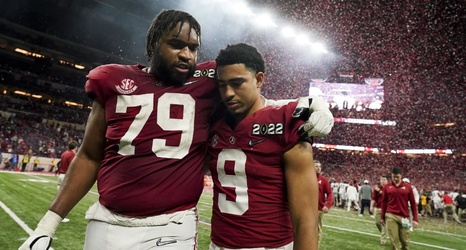 Every year, the CFP runners-up receive a trophy for their effort, a memory Saban and the 15 starters slated to return this fall will likely carry all year long. During a media session held Friday following Alabama’s second fall practice, one of those returning players, redshirt senior offensive lineman Emil Ekiyor, revealed the Tide chose to keep the trophy in a rather prominent place as motivation.

Ekiyor told reporters the team stores the keepsake in the cafeteria of the Mal M.