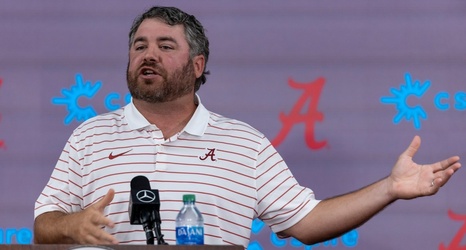 Four weeks ahead of the Crimson Tide’s season opener, defensive coordinator Pete Golding spoke to the media to discuss the upcoming season. He also addressed his February arrest for a DUI, a decision he described as “very poor” and “selfish.”

“Anytime you’re in a leadership role in anything you do, you’ve got a responsibility,” Golding said, per BamaCentral’s Katie Windham. “Every day we talk to our kids about making good decisions, that there are consequences for making bad decisions. And I made a very poor decision that affected a lot of other people than just myself.