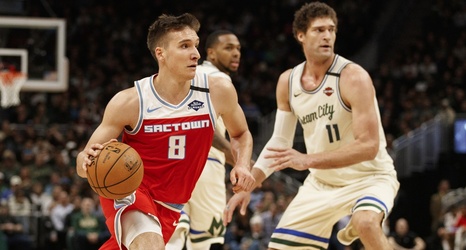 The Bogdan Bogdanovic saga has come to an end. After a sign-and-trade with the Bucks wasn’t meant to be, the Serbian sharpshooter signed a four-year, $72 million contract with the Hawks on Tuesday, the team announced. Bogdanovic was a restricted free agent this offseason. Milwaukee attempted to trade for the shooting guard before free agency officially began, but after that deal fell through, Atlanta swooped in with an offer. The Kings decided not to match the terms, and now Bogdanovic joins Rajon Rondo and Danilo Gallinari on the new-look Hawks. Let’s grade the deal.

This is maybe a slight overpay for someone who averaged 15.