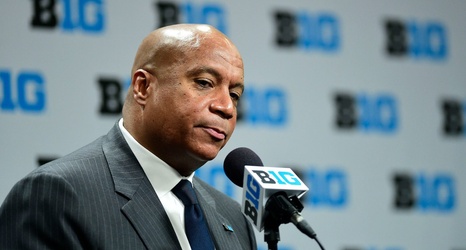 Kevin Warren inherited an expansion problem. Then he was handed a pandemic problem. Now he has a unity problem.

The Big Ten Conference commissioner’s first year on the job has basically been an exercise in juggling chain saws while log rolling with a dog biting his leg. He arrived from the NFL, where almost all of the executive infighting is exactly that—kept in-house. Here, in his eighth month leading America’s oldest and wealthiest college conference, Warren has emerged from making a monumentally difficult decision to cancel fall sports, only to find that his membership has not closed ranks behind him.