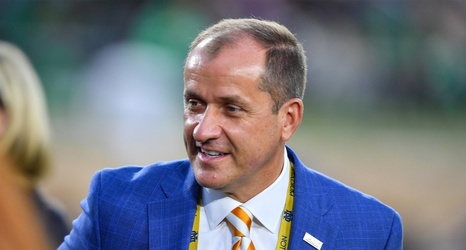 ACC Commissioner Jim Phillips said on Friday that the conference's membership “is very much aligned in its position that now is not the time to expand the College Football Playoff."

Per the commissioner, there are multiple aspects that are complicating expansion right now—the length of season, impact on bowls, athlete healthcare, academic calendar, NCAA governance structure and federal legislation to name a few. Some have questioned whether the ACC's stance on expansion pertains to adding Notre Dame to the conference, which Phillips said “is absolutely positively not true.”

He continued by saying there are “much larger issues” that the ACC is more focused on working with other conferences on right now, such as NCAA reform, transfer portal and NIL to name a few.