Aaron Judge Shuts Down Question About Long-Term Contract With Yankees 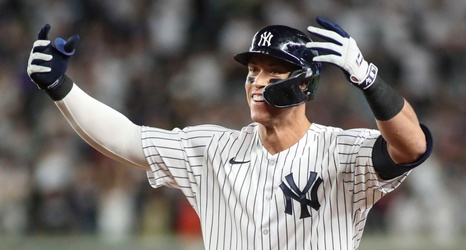 Aaron Judge and the Yankees reached an agreement on his 2022 contract on Friday and avoided arbitration.

The $19 million deal plus incentives is just for this year, while the star outfielder’s future contract status remains unknown.

When asked about any talks of a long-term contract, Judge quickly shut down the question saying that for right now, this was the deal that needed to get done.

“We got this one done and I was happy about that.