A Lot of Fight, a Little Fate and a Course Correction for USMNT 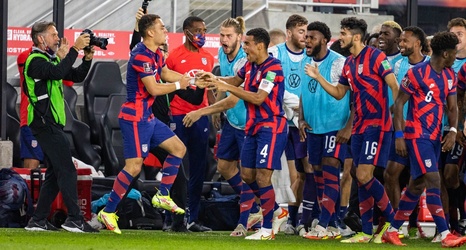 COLUMBUS, Ohio — The tifo hoisted by the American Outlaws behind the north goal of Lower.com Field was still fluttering in the evening breeze when disaster struck.

“Our Future Is Now,” the massive banner read. But just 60 seconds into Wednesday’s World Cup qualifier against Costa Rica, the U.S. men’s national team’s future appeared imperiled. A short clearance by goalkeeper Zack Steffen, a somewhat surprising choice to start in place of workhorse Matt Turner, helped spark a Tico attack that ended with a slow, seeing-eye shot from defender Keysher Fuller bouncing in to Steffen’s right. And with that, the U.