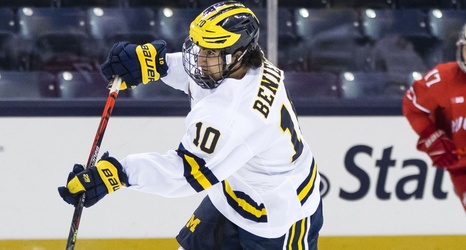 Red, white and blue, and a whole lot of youth. After the NHL and NHLPA agreed to not send its players to the Beijing Winter Olympics, the U.S. men’s hockey team has taken on a different texture. Team USA is younger, less experienced and headlined by 19-year-olds Jake Sanderson and Matty Beniers.

If one quick glance at the roster smells like teen spirit, it’s because it does. For the first time since 1984, five teenagers will suit up for the U.S. There are more players currently in college (15) than those with NHL experience (7). So, forgive David Quinn if he starts having flashbacks to his five-year tenure at Boston University.