A Faltering Novak Djokovic Outlasts His Opponent in First-Round Win 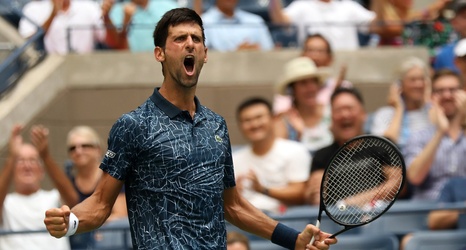 At one moment, Novak Djokovic was bent over, grabbing his stomach. In another, he was pummeling the ground with his racket out of frustration. In many others, he stood slumped at the baseline, his arm trailing expectantly behind him, waiting for a ball person to deliver a towel into his hand.

Amid suffocating heat in Arthur Ashe Stadium on Tuesday, Djokovic was in a perilous state.

He had lost the second set and was down, 2-4, in the third to Marton Fucsovics, and with the oppressive conditions bearing down on him and everyone else in the building, Djokovic had only one thought about how to change his fortunes.