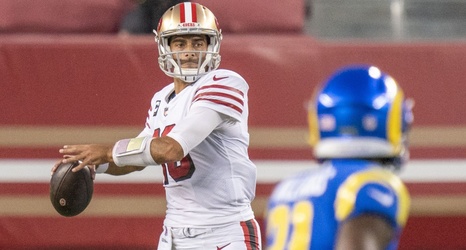 Appearing on the Keyshawn, JWill & Zubin show on ESPN Radio, Garoppolo spoke publicly for the first time since the 49ers traded up to No. 3 and used the selection on Lance.

"It's kind of coming full circle," Garoppolo said. "You go through this NFL career and you start as a young guy coming in. Tom kind of showed me the ropes. The competition between us was awesome.