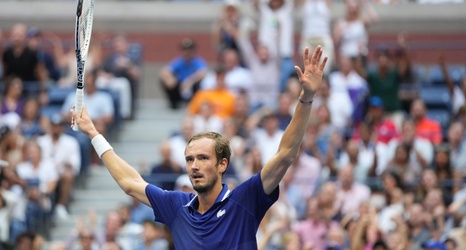 We often said the women’s draws of Majors resembled America: a place where everyone has a chance, so long as they are willing to work hard and come armed with a dream. Now? It’s now the men’s draw as well that puts the “open” in U.S. Open. Already, over the last 20 years, this event has given us more champions than any other Major. Now? Daniil Medvedev, the defending champ has won one title since. The No. 2 player (Alexander Zverev) isn’t in the draw. Neither is Novak Djokovic. Nor Roger Federer. And Rafa Nadal has yet to lose at a Major in 2022—but has played just once since Wimbledon.