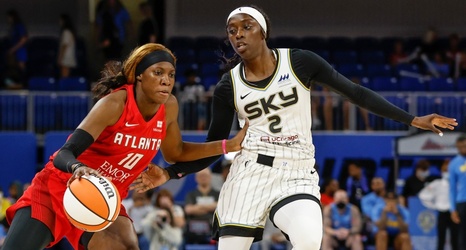 Dream guard Rhyne Howard, the No. 1 pick in the 2022 WNBA draft, will make her All-Star Game debut this July in Chicago.

Howard was named as one of the 12 reserves on Tuesday, after being selected by the league’s coaches.

The All-Star Game is set for July 8.

The former Kentucky star is averaging a rookie-best 16.2 points per game as well as 4.7 rebounds per contest. She has also played a key role in the Dream being among the league’s biggest first-half surprises, as Atlanta is currently in the WNBA playoff picture.