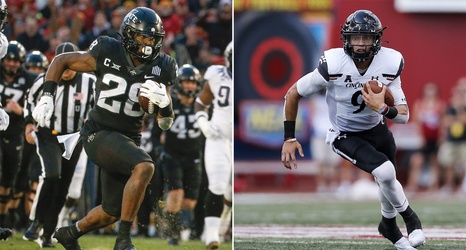 After a first day in Las Vegas filled with blockbuster trades and draft movement, Day 2 of the 2022 NFL draft had drama of its own.

Another run on receivers saw seven selected in the second round. Iowa State star Breece Hall became the first running back picked in 2022 when the Jets drafted him at No. 36. After Pitt’s Kenny Pickett was the only quarterback selected in the first round, Cincinnati’s Desmond Ridder and Liberty’s Malik Willis both fell to the third.

Here are Kevin Hanson’s complete draft grades for each second- and third-round selection.