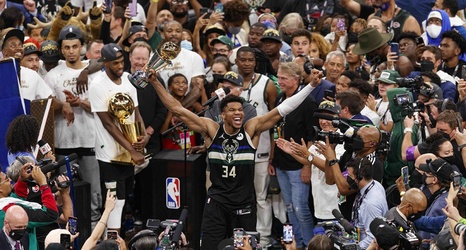 Giannis Antetokounmpo and Michael Jordan are the only players in NBA history to win MVP, defensive player of the year, All Star MVP and Finals MVP.

Khris Middleton scored 17 points in Game 6 to close out the Suns and win his first NBA title.