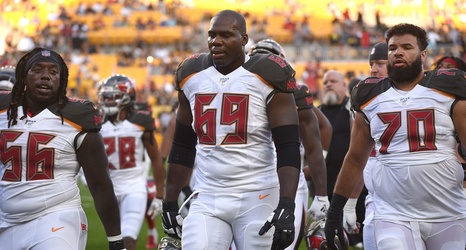 Much has been made about Atlanta’s offense being comprised entirely of former first-round picks. Impressive indeed, but still it’s not an offense without flaws. Though Russell Gage is respectable, Atlanta lacks a major slot weapon. At center, 34-year-old stalwart Alex Mack did not flash on film as much last season and is now in the final year of his contract. He’ll soon need to be replaced. And at running back, recently acquired ex-Ram Todd Gurley is a total tossup and, like his colleague, Brian Hill, will be a free agent in 2021. The Falcons may want to consider drafting another zone runner to pair long-term with Ito Smith.