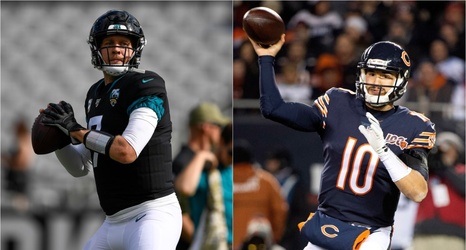 Even in a down year, the Chicago Bears squeaked out an 8-8 record. In 2020, they could seek a new direction by putting Nick Foles in the huddle over former No. 1 pick Mitch Trubisky.

Chicago brought in Matt Nagy to be the head coach after a successful 2017 season as the offensive coordinator for the Chiefs.