2 Outs? 2 Strikes? No Problem for Dodgers 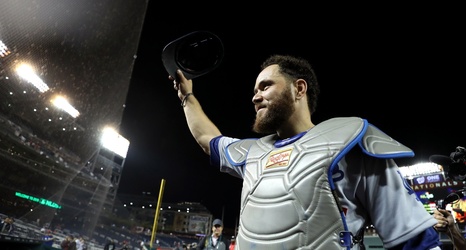 WASHINGTON — In the first inning of their first World Series game, in 1916, the Brooklyn Robins went down in order against the Red Sox at Braves Field in Boston. A young right fielder named Casey Stengel made the third out.

The Robins did mount a rally that day, with four runs in the ninth, and in later years they would score as many as six runs in various October frames. But in 33 trips to the postseason, across more than 2,150 innings, the franchise now known as the Los Angeles Dodgers had never produced anything like the sixth inning at Nationals Park on Sunday night.