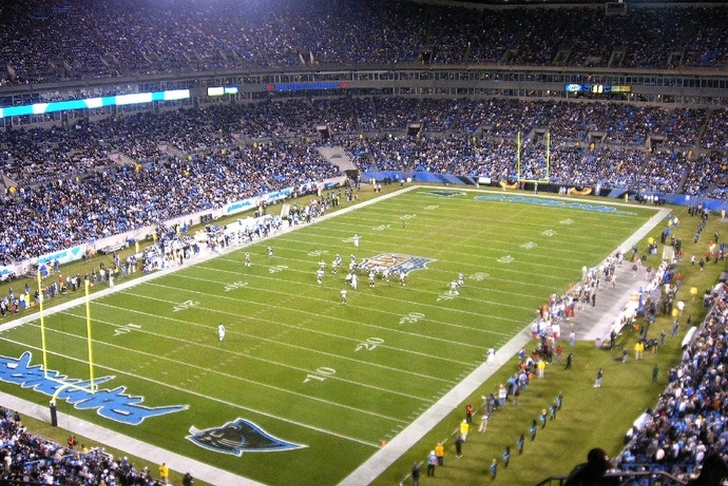 Attempting to turn around the fortunes of an ailing sports team requires plenty of patience, lots of skill and a sprinkling of good luck.

Many US sports franchises are currently going through ‘rebuild’ phases as they try to drag themselves out of the doldrums.

Some of them are attempting to recapture their former glories, while others are on a quest to deliver success having failed miserably to do so in the past.

Read on as we look at three clubs in the NFL, NHL and NBA who are currently striving to create a better future for themselves.

Carolina Panthers - NFL
The Panthers are a shadow of the talented team that were favorites in the sports betting world to win the Super Bowl just four years ago.

They have progressed to the end-of-season playoffs just once since then and finished bottom of NFC South last time around.

Getting highly paid quarterback Cam Newton off the bill wasn't have been an easy decision for new head coach Matt Rhule, but it was one that had to made if the Panthers are to successfully rebuild.

His release gives the team more salary cap to work with and could be the key factor in eventually helping to turn around the team’s fortunes.

Detroit Red Wings - NHL
Having reached the NHL playoffs 30 times between 1983 and 2016, it is fair to say that the last few seasons have been tough to watch for fans of the Detroit Red Wings.

Red Wings’ legend Steve Yzerman admitted that the rebuild was a long-term project when he replaced Ken Holland as general manager in 2019.

Yzerman has remained loyal to head coach Jeff Blashill since taking over, but the Red Wings’ performances have cast doubt over whether he is the right man to take them forward.

Former Detroit player Gerard Gallant has been linked with the role and his impressive team-building skills make him an ideal candidate to replace Blashill.

The franchise has reached the NBA Conference Finals just once in its history, but there have been signs this season that a brighter future lies ahead.

New Executive Vice President of Basketball Operations, Zach Kleiman, has defied expectations and put together a team that is in play-off contention this term.

His rebuild has been built around promising youngsters like Ja Morant and Jaren Jackson Jr, leaving fans of the Grizzlies dreaming that their team can finally challenge for silverware.