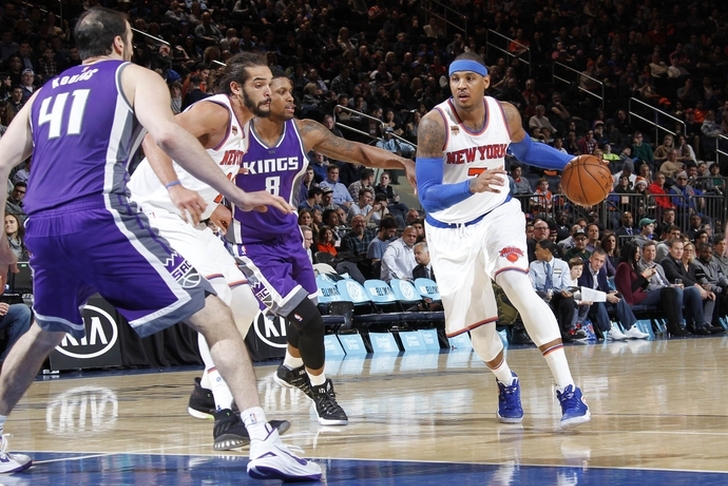 Teams like the San Antonio Spurs and New England Patriots have become the model franchises in their respective sports due to their longstanding success, which they have been able to achieve because of how well the teams are run. However, there are plenty of franchises on the other end of the spectrum as well, where poor management and front office decisions lead to constant dysfunction. Right now, here are the five most poorly run franchises in pro sports.

5) Brooklyn Nets
This is more about a reflection of the position the Nets are in than anything the current front office has done. Because of that terrible trade with the Celtics that brought Kevin Garnett and Paul Pierce to Brooklyn for roughly two years - a trade that was made because of owner Mikhail Prokhorov's wish to win as quickly as possible - they don't have their own first-round pick until 2019. They're the worst team in the league by a wide margin, yet can't do anything about it.

4) Cleveland Browns
You knew the Browns were going to be on this list, but are only in the No. 4 spot because they seem to have build a solid foundation in the front office and are committed to a 76ers-like rebuild. Still, stability has been lacking with them. They have had nine different head coaches and eight different general managers since coming back into the league in 1999.

3) New York Knicks
Join me on this trip down the soap opera that has been the New York Knicks' 2016-17 season. They started calling themselves a superteam on par with the Warriors. Then there was ongoing issues about whether or not new head coach Jeff Hornacek would run the Triangle offense. Phil Jackson took shots at Carmelo Anthony. They had a meeting and worked it out, which was followed by Jackson tweeting more criticisms of Anthony. New York tried to trade Carmelo, but he wouldn't waive his no-trade clause. Then there was the whole Charles Oakley incident.

Got all that? All in all, the Knicks are 26-39 and are in 12th place in the Eastern Conference. Yikes.

2) Miami Marlins
Where do we start with the Marlins? Owner Jeffrey Loria deceived taxpayers for a year to get them to pay for a new stadium that is rarely ever full, sued season ticket holders and vendors, and last month, problems arose when Loria tried to sell the team because he was being considered to be the U.S. ambassador to France (which is another topic for another day). That's just the tip of the iceberg with this franchise, who haven't made the playoffs since winning the World Series in 2003.

1) Sacramento Kings
What, you were expecting someone else? Since owner Vivek Ranadive took over in 2013, the Kings have been through four different head coaches, went through people in the front office like beers in a six-pack until settling on Vlade Divac, and traded their best player for a lesser deal after receiving a better offer days prior. They also only have two players they drafted currently on their roster - while letting stars like Isaiah Thomas and Hassan Whiteside get away.

Oh yeah, and they contemplated only sending four men back on defense so they could cherry pick on offense - because it worked for Ranadive's daugther's youth team.