"The People vs. O.J. Simpson" Episode 4 Review: What We Learned From Jury Selection, Faye Resnick And More 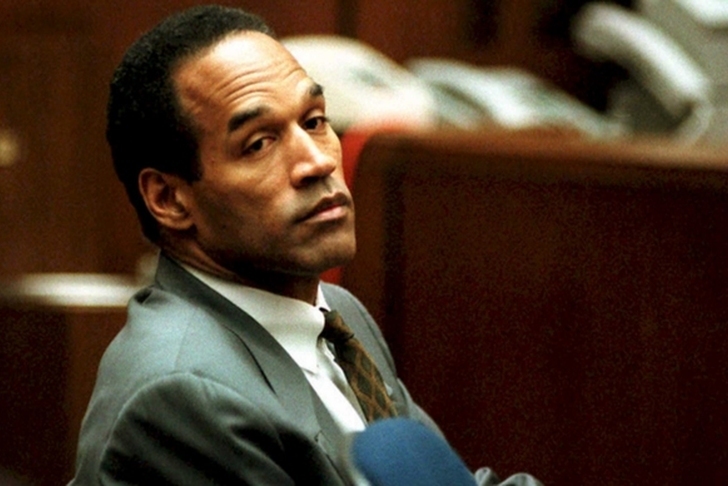 Episode four of "The People vs. O.J. Simpson: American Crime Story" once again focused more on the supporting members of the O.J. Simpson trial than Simpson himself. Episode four focused heavily on the battle between the prosecution and defense as the Simpson murder trial rapidly approaches. Also featured in the episode was Faye Resnick and the jury selection process.

We're here to focus on Simpson, the jury selection process, the impact of Faye Resnick and more. With that in mind, here's our review of episode four of the "The People vs. O.J. Simpson."

Defense Fought Everything:
This was teased in the first few minutes of the show and it was a constant throughout the episode and the actual trial. The defensive wasn't going to give the prosecution anything easily. Everything was fought, demonstrated by the fight over the hair sample of Simpson, even though it wasn't exactly how things went down. That theme is sure to appear again in later episodes.

OJ Had Lost Confidence:
Before the first commercial, defense attorney Johnnie Cochran gave an impassioned speech to Simpson. He'd clearly lost his confidence and was dejected. Then Cochran fires up Simpson with a speech including the lines "You are an inspiration. That's who you are " The show might be taking liberties here, but the message is right. Simpson was an inspiration to many and it's why the trial captivated so many. Simpson appears a few times early, but is once again mostly relegated to a background role in this episode.

Faye Resnick:
While the defense and prosecution were focusing on the jury selection process and what type of jurors to process, a close friend of the late Nicole Brown Simpson was working on tell-all book. Faye Resnick put together a book with multiple scandalous details. While the show claims she had a dream after Brown Simpson's death, Resnick actually said later that Brown Simpson told her O.J. would kill her and get away with it. The book was Resnick's way of assuring that wouldn't happen. Among the claims in the book (and reflected in the show) was that Simpson was stalking and abusing her. Resnick only complicated proceedings and wasn't called to testify. The defense attacked her book, while the prosecution didn't feel she was reliable.

For more on Resnick and her impact, check out this article.

Jury Selection:
As shown in the episode, the jury process heavily involved race and involved a massive pool of candidates. The views of the people were often determined by whether they were white or black. It affected the way blacks and whites viewed Los Angeles Police. Remember, the Simpson trial was not long after the Rodney King case. Race played a major role in the case, as shown in episode four. It will continue to be a factor in future episodes. The battle over the jury selection process was a hard-fought one and the book from Resnick did indeed result in a suspension of the jury selection.

For more on the jury selection process and the jurors involved, check out this article.

What To Expect Next Week:
The trial starts in Episode Five, so expect to see more in-court action. Simpson could continue to be more of a background character than a main player. The official synopsis of "The Race Card" is below.

"As the trial begins, Christopher Darden (Sterling K. Brown) and Johnnie Cochran (Courtney B. Vance) face off in court. Chris has doubts about Mark Fuhrman (Steven Pasquale) as a witness. The jury visits the crime scene."