19 People In Sports Who Are Supporting Donald Trump For President 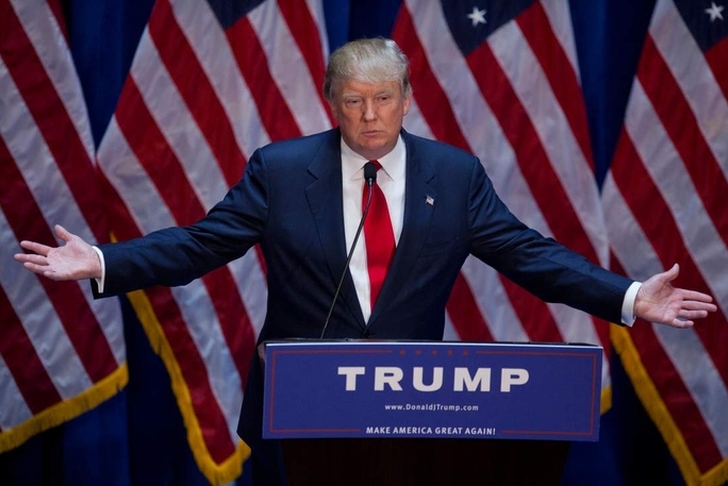 Today is the day - voting day.

While we don't have every sports-related person, we do have most of notables listed. We also have their endorsement quote or video included (where applicable). It shouldn't be a surprise that some of the people are listed below. With that in mind, here are 19 people in sports who are endorsing The Donald for President.

Donald Trump thanking Bobby Knight, this is a real thing that happened. pic.twitter.com/cnqGpqLct1

3. Dennis Rodman, Former NBA Player
Rodman was on board with Trump earlier, endorsing him back in July of 2015.

@realDonaldTrump has been a great friend for many years. We don't need another politician, we need a businessman like Mr. Trump! Trump 2016

"I’m a huge supporter of Trump," Sonnen said. "When people talk about him, I hear all these political analysts, they’re just terrible. That’s another space if I had enough time I would just go and take over because they don’t even know what they’re talking about. They put on their fancy suits, they sit behind their microphones, they collect a paycheck and they don’t know a damn thing about what they’re talking about."

5. Curt Schilling, Former MLB Pitcher
Schilling found himself in hot water often for his comments while he was at ESPN, so of course he's backing Trump. He did so in a long blog post, in which he called the Democratic Ticket the "Soviet Ticket."

6. Herschel Walker, Former NFL RB
Walker is Pro-Trump and apparently has nothing at all negative to say about the Republican Candidate.

"There’s not a doubt in my mind right now he is my frontrunner," Walker said. "I’m not going to say anything negative about him because it’s not true."

7. Hulk Hogan, Former Wrestler
Hogan also backed Mitt Romney in 2012 and is throwing his weight behind Trump this year. He even offered to be Trump's running mate.

8. John Daly, Pro Golfer
This one shouldn't really be a surprise, given both Trump and Daly's personalties.

That's y I luv my friend @realDonaldTrump he's not politics he's business! It's what our country needs #SuperTuesday pic.twitter.com/5A5cTg3UEh

"I want [Trump] for president," Damon said. "I’m a Trump fan ever since I met him seven or eight years ago. Everything he does, he does first-class – his hotels, his businesses, his golf courses. The issues all the other politicians failed to discuss, (Trump) is bringing us up to speed."

10. John Rocker, Former MLB Player
You all saw this one coming, right? Given Rocker's previous views, this shouldn't be a surprise.

"I wish someone, excuse the frankness here, would have the sack, would have the backbone to make unpopular comments,” Rocker said. "And when folks come out—mainly media, special interest groups, factions, things like that—and just start hammering them and demanding apologies. I’ve always wanted to see the person that’s like, ‘Yeah, I’ve made these comments, these are my beliefs, and you know what, if you don’t like it stick it. I’m not apologizing, I’m not changing. I think that is something that millions and millions of Americans have been waiting for probably a decade or two to hear something. Maybe even since Reagan."

Honored to have received the endorsement of Lou Holtz - a great guy! #INPrimary #Trump2016 pic.twitter.com/AeGyODb37O

12. Mike Ditka, Former NFL Coach And ESPN Analyst
Dikta is staunchly conservative, so his endorsement of Trump shouldn't be a major surprise. He even dropped Trump's go-to phrase.

"I think that he has the fire in his belly to make America great again," Ditka said. "And probably do it the right way."

13. Mike Tyson, Former Boxer
Another Mike, has backed Trump. Tyson's comments aren't exactly accurate, since Trump didn't really pull himself up by his own bootstraps, but Trump has Tyson's vote.

"Why wouldn’t anybody like that?" Tyson asked. "A guy that came from where he came from and doing what he’s doing? And now this is where he’s at now."

14. Paul O'Neill, Former MLB Player
The younger generation might not know O'Neill, but he was a darn good outfielder for the Yankees and Reds. He's also Pro-Trump.

Paul O'Neill, the former Yankee, is at this Trump press conference. He is a big Trump supporter he says

15. Rex Ryan, Bills Head Coach
Ryan's support of Trump should be one of the biggest "of course he does" moments on this list.

"We’re all here tonight because we all support Donald Trump," Ryan said at a Trump rally.

On my way to the @realDonaldTrump rally. Let's make America great again!!!

"This may be what the country needs and Trump," Owens said. "He’s a guy who won’t put up with B.S. and has what it takes to change how government is run. With that being said, Trump … you’re hired."

"It’s just not Mexicans that we have worry about," Ortiz said. "It’s the Muslims, it’s the radicals, that come in that have the opportunity to come in from [Mexico] to our country and do the thing with terrorism that’s hindering our country. We shouldn’t be afraid to walk around and look over our shoulders and some guy has a bomb in his pocket or something stupid."

19. Tom Brady, Patriots QB
This one is only a kind-of endorsement. Brady originally said he wanted Trump to win, but backtracked not long after that and said he's just supporting his friend. He eventually said he wouldn't endorse Trump and didn't take kindly to being asked about it.

Tom Brady on being on the cover of @NYDailyNews because of @realDonaldTrump comments #Patriots #WBZ pic.twitter.com/4cfHr666zn

However, at a Trump rally last night, he raved about how he has Brady's vote and support.