Patriots Get Struggling Giants In Week 6 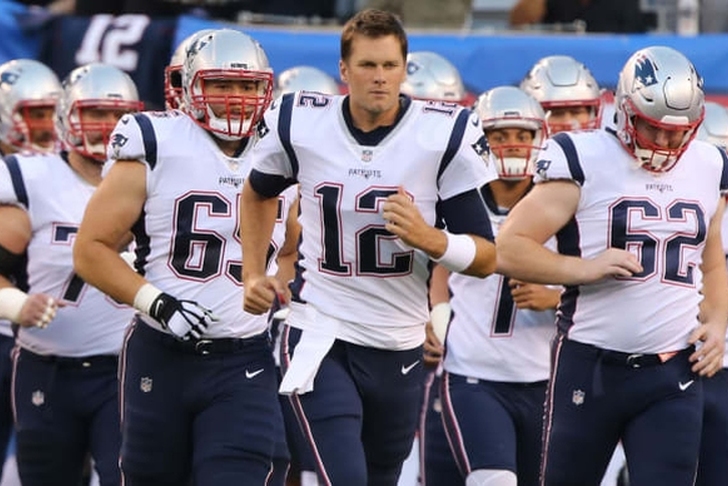 The New England Patriots host the New York Giants on Thursday, aiming to move to 6-0 to start the season.

The Patriots have been in imperious form at the start of the current campaign and face a Giants team that is just 2-3.

Brady still rolling back the years

The Patriots were one of the most popular NFL bets online in the run-up to the Washington Redskins game last weekend and the confidence amongst punters proved to be wholly justified.

Quarterback Tom Brady was the star of the show, throwing for 348 yards and three touchdowns as the Patriots ran out comprehensive 33-7 winners.

The 42-year-old is also just 12 touchdown passes behind Manning’s tally of 539 and he is fully expected to move past that total this season.

The Giants are struggling for numbers defensively and that situation was ruthlessly exploited by Minnesota Vikings on Sunday.

The Vikings dominated possession of the ball as they eased to a 28-10 success to send the Giants to their third defeat of the season.

With Ryan Connelly, Alec Ogletree and Tae Davis all ruled out with injury, the Giants simply had no answers to the Vikings’ offense.

A visit to New England to face the Patriots is probably the last thing the Giants need right now and it’s difficult to imagine them taking anything from the game.

History favors the Patriots
New England has dominated their rivals in AFC East over recent years, racking up a 55-14 record against them since 2002.

They have won six out of ten previous regular season meetings with the Giants and will fancy their chances of enhancing that record on Thursday.

The Patriots have scored 155 points this season, while their defense has conceded just 34. By contrast the Giants have scored 97 points but shipped 125.

With a record of 34-9 and two trips to the Super Bowl since the start of the 2017 season to their name, the Patriots are worthy favourites to beat the Giants.

Prediction: A 16-point spread doesn’t flatter the Patriots, and with Brady pulling the strings they are strongly favored to cover that at odds of 10/11.