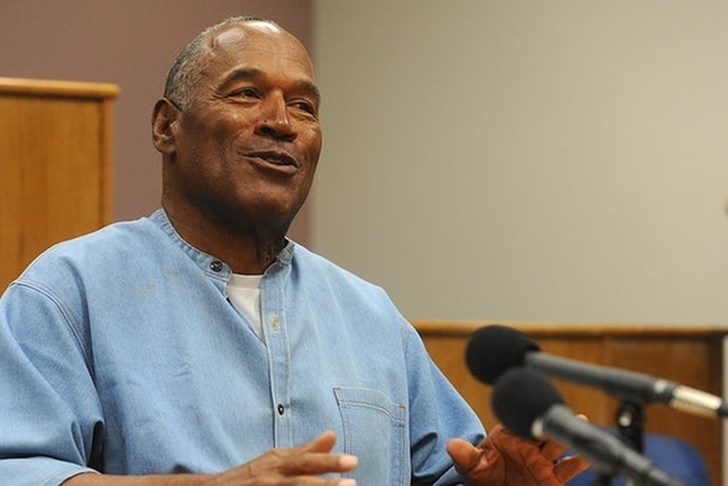 In an un-aired interview with FOX, former NFL running back O.J. Simpson appears to admit to the murders of Nicole Brown-Simpson and Ron Goldman and discusses having an accomplice with him, according to TMZ.

Sources familiar with the program tell us, Simpson talked in the third person as he described how the murders might have been committed, but at some point in the interview he lapsed into first person. We’re told it sounded like a first-person account of the murders and, although it’s not a clear confession, it’s in that arena.

We're told Simpson flat-out talks about an accomplice who was with him at Nicole's home. He did not name the accomplice.

According to Simpson's account, he went to Brown-Simpson's house just to scare her and brought a knife just for "dramatic effect." However, once there, Simpson thought Brown-Simpson was expecting a man to show up, and when Goldman arrived with the food her mother left at a restaurant, Simpson "blacked out."

The interview was set to air in 2006 when Simpson wrote a book called "If I Did It," but both the book's release and interview were canceled under extreme pressure.

The book was retitled "If I Did It: Confessions of a Killer" and released in 2007.

FOX is reportedly set to air the interview on Sunday, March 11.

Simpson was tried for murders of Brown-Simpson and Goldman in 1995, and a jury found him not guilty of those charges.

He was released from prison late last year after being tried and convicted of kidnapping, armed robbery, and assault with a deadly weapon. He was serving a nine-to-33 year sentence after attempting to get back pieces of Simpson memorabilia.