Floyd Mayweather Defeats Conor McGregor In 10th Round By TKO 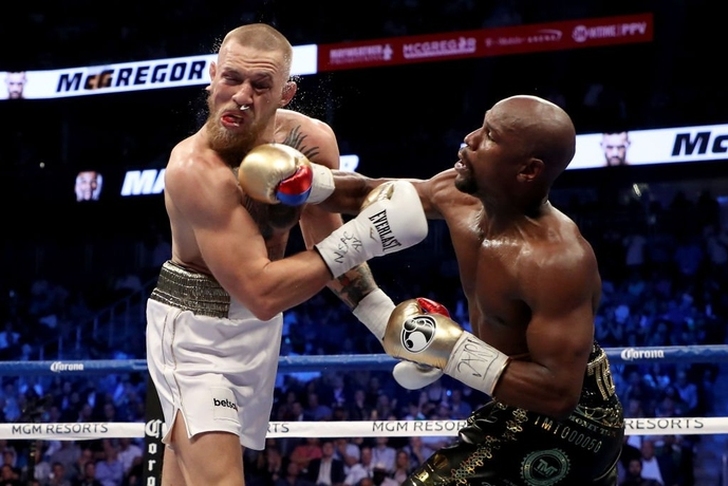 The fight of the year is complete. After a slow start, Floyd Mayweather rallied and defeated Conor McGregor in a 10th round TKO.

The first three rounds belonged to McGregor, getting a point in each. But then Mayweather found a groove and started to land some big punches. He went from losing the first three rounds to winning the next four. The 8th round was extremely close, the type of round that could have swung the outcome in a judge’s decision. But the ninth round was all Mayweather and he finished McGregor quickly in Round 10.

Here were the final few seconds of the match

Final 45 seconds of fight was a barrage of rights from Mayweather before the stoppage. pic.twitter.com/qhmxjKuoqU

The two seemed to enjoy the fight, with both flash smiles in the middle of the match. McGregor, however, showed signs of fatigue down the stretch. He looked gassed in round nine, a round Mayweather dominated.

Round-by-Round Results:
These are the unofficial scores.

Highlights:
There like won't be many highlights, but we'll have as many as we can below.

That upper cut tho pic.twitter.com/Jio0SWGQQT