Marcia Clark's Haircut: Why Her Perm Became Such A Big Topic During The O.J. Trial 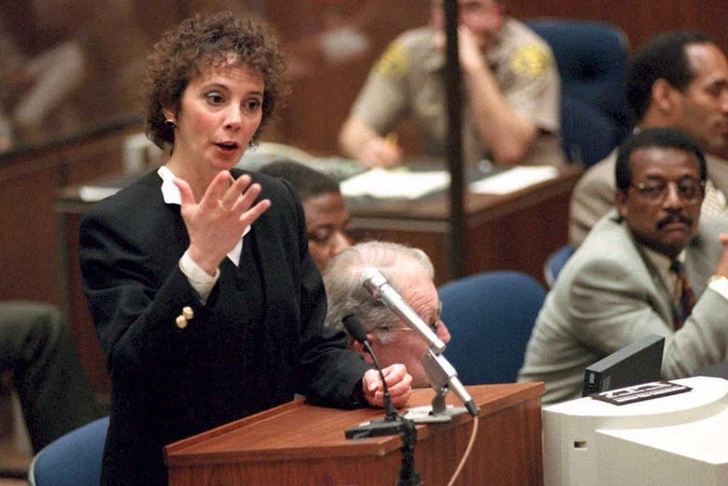 The sixth episode of "The People Vs. O.J. Simpson: American Crime Story" aired Tuesday night on FX. Episode 6 is titled "Marcia, Marcia, Marcia" and focused heavily on prosecutor Marcia Clark. A major part of the episode was her new haircut, which did become a major story during the trail that captivated the nation.

Just before the start of the trial, Clark had her hair shortened and re-permed. Part of the rumored reason for the move was to help jury's view of Clark. As the TV show had detailed, the jurors viewed Clark as cold. The hair change attracted plenty of attention, as did nearly everything during the Simpson trial. Clark recently told Vogue that she has naturally straight hair, but wanted a perm so she could have wash-and-wear hair.

"After the trial, friends of mine who realized that I actually had straight hair and permed it said they wanted to kill me," Clark said. "But I had two little boys in diapers. I had the perm because I wanted wash-and-wear hair. I didn’t want to be bothered with it.'The thing that happened was, the perm grew out, and I didn’t have time to get myself re-permed, so I kind of gave up. I just blew it out. 'I know this is going to sound so clueless to you, but at the time, I thought, Oh, people aren’t going to notice.'"

While the TV show details Clark getting her hair cut in the middle of the trial, that's not an accurate timeline. Clark actually made the switch before the start of the trial.