Live Sports Are Making A Comeback 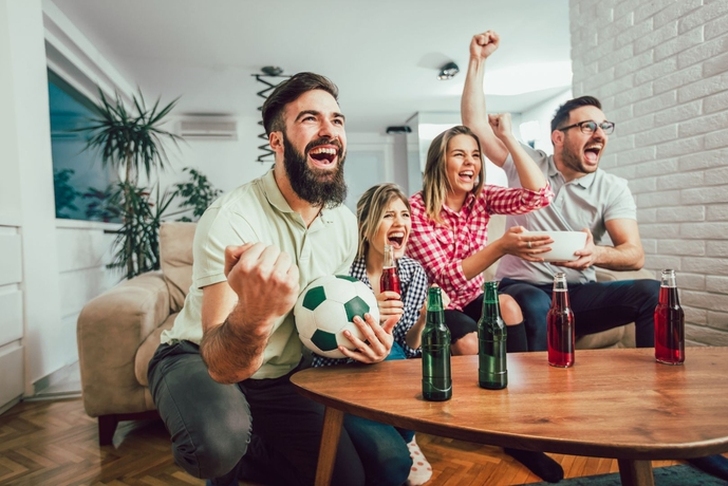 After a long suspension of live sport across the globe due to the current COVID-19 pandemic, there is some hope on the horizon as leagues across the globe are putting their restart plans into action.

Whether it be basketball or football, leagues are beginning the process of getting their seasons back on track. Here are a few of your favorite sports you enjoy betting on, and how they are progressing with their plans to return.

NFL
The NFL is actually in a slightly fortunate position when it comes to the current climate in sport. The crisis struck the league right in the middle of their off-season, and at the moment, they don’t really need a plan to restart.

The NFL is basically watching other leagues to see how they manage the coming weeks with regards to a restart, which would then allow them to see the do’s and don’ts when their turn comes around.

The NFL still wants a return before the 10th of September, but as of right now, not much is happening. There is no training, no practice, just patience that will allow the league to make the right decisions for a restart.

NBA
The NBA has slowly started reopening training facilities for many teams across the country. Players are allowed to practice and work out individually, but full team practice isn’t allowed yet.

With regards to a restart, the league is looking to use a neutral venue, Disney World in Orlando is the front runner, to play out the rest of the season. Players and staff will stay on the grounds, and play their games.

No fans will be allowed, but all the games will be televised. A date for this return has not yet been announced, but it does look like something that can happen within the next few weeks, depending on logistics etc.

MLB
Baseball is facing a much more complicated task. Their season has not started yet, therefore they need to make room for all games to be played, or at least enough games to make it fair running up to the championship decider.

They are planning on testing individuals incredibly frequently, needing around 200,000 tests to fulfill this. They are also going to need the cooperation of 27 cities to ensure all safety, testing, and quarantining conditions are met.

The league is also losing a reported $75 million a day, therefore a start is desperately needed. A definite plan has not been made yet, but there are talks of a shortened season, or a season with many games played in a short period of time, much like how the NBA wants to proceed.

With regards to sports that have already resumed, or are only days away from restarting, there is a fairly decent list. Probably the most high-profile league to resume is the Bundesliga in Germany.

After being suspended for many weeks, the Bundesliga returned, but with very strict measures in place. There were no fans allowed, non-playing staff and substitutes needed to wear masks, and the substitutes had to sit apart. Social distance also needed to be in place when celebrating a goal.

While many believe football isn’t quite the same without fans, it is more important that the right measures are to be taken when sport restarts, and after all, some football with no fans is much better than no football at all.

The Serie A and Premier League are also set for returns in the coming weeks, however, the question of safety is still obviously the hot topic as players and staff are still testing positive for the virus, but at the same time training has resumed for many teams.

Many players have also voiced their concerns at returning to training, but the FA has made it clear that nothing will move forward if it isn’t safe to do so, and that obviously the safety of the players and teams are of the utmost importance.

Another major announcement came from the world of athletics. The Gold and Diamond Leagues are set to return not much is known about all the finer details, but they have released a calendar showing that athletics will return in mid August.

Golf is also another sport that is looking for a swift return, with the very nature of the sport allowing for social distancing to be upheld. Tournaments are being scheduled, the finer details of rescheduling still need to be worked out.

The main thing is that sport is returning. Leagues are finding it difficult to settle on a final plan, but there are now more options available to allow for the resumption or the start of seasons around the world.

It will have to be a very gradual start and fans will need to be ok with not attending games for a while, probably not for the rest of the season, but knowing you can switch the TV on and tune into your favorite team playing again, should definitely put a smile on any fans face.