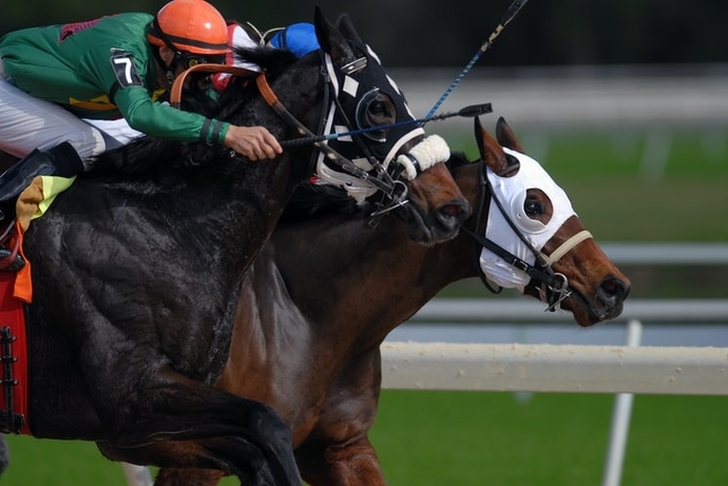 The world's top-caliber horses will no longer be getting any rest in the next few days as the 2021 Pegasus World Cup takes place on January 23. The Gulfstream Park is now ready to put on a big show of racehorses to compete in the dirt track. Not only that, but turf racing will also be happening, which will feature the best turf racehorses.

While the horses are now preparing to vie for one of the world's most prestigious horse racing titles, it's expected that there will be an influx of bettors and fans gracing the event. Remember that the Stronach Group has allowed audiences inside the Gulfstream Park to observe maximum health protocols and proper sanitation.

As this event comes near, the invitees' list has constantly changed up to the last minute. Last week, Charlatan decided to skip Pegasus in preparation for the Saudi Cup. This weekend, Sleepy Eyes Todd has been added to the list. Will the emergence of Sleepy Eyes Todd help the bettors decide which horse to put money on for the upcoming Pegasus World Cup? Let's meet him.

Sleepy Eyes Todd's Profile
Now turning five-years-old, Sleepy Eyes Todd is a colt that has successfully entered the Pegasus World Cup list of official invitees. A sire of Pledge Mom, this colt is trained by Miguel Angel Silva and ridden by Tyler Gaffalione. He is also owned by Thumbs Up Racing LLC, and bred by Two Hearts Farm LLC & Kristen Goncharoff.

Sleepy Eyes Todd had started his career in 2018 at Remington Park, where he won the Maiden Special Weight. From then on, he continued to join allowance races until he got into his first  Oklahoma Derby, where he got 2nd place. After that, he hustled at the same race track to earn his first stakes races title in 2019 - the Jeffrey A. Hawk Memorial Stakes.

Looking into his resume, Sleepy Eyes Todd had made a total of fifteen horse racing games since birth. He made eight titles and two in second placements. With this, his overall earnings came up to $744,825 only this year. All these accomplishments were why this horse should be out for the next Pegasus World Cup superstar.

Racing Career And Achievements
Last year, Sleepy Eyes Todd debuted at the John B. Connally Turf Stakes, where he got tenth place. A month later, he got a trip to Fair Grounds, where he jousted for the Mineshaft Stakes and earned sixth place. Because of the pandemic, Sleepy Eyes Todd immediately rests instead of going through the Derby trails.

Two months later, he made a huge comeback at the Bosselman Pump and Pantry/Gus Fonner Stakes, where he managed to win the title. Following that, he continued his quest for more racing achievements by joining the Lone Star Mile Stakes last June, where he landed in second place. Afterward, he tried his luck at the Awesome Again Stakes but had only finished in 5th place.

In the series of inconsistent wins he had last year, Sleepy Eyes Todd had boosted his resume by sweeping three stakes race titles towards the end of last year. These victories included the Charles Town Classic Stakes, Lafayette Stakes, and Mr. Prospector Stakes. There is no doubt that he is one of the most dangerous racehorses to earn the Pegasus Cup this weekend with these accomplishments.

Sleepy Eyes Todd' Strengths
Sleepy Eyes Todd is a multi-graded stakes race winner and a veteran racehorse. His experience might be the key that helps him win the Pegasus Cup this year. Apart from that, this colt has been looking more solid and tougher than the earlier year he had competed. He had been in both the dirt and turf races, so he has honed the right speed in both racetracks.

Adding more, his possibility of winning is multiple Breeders' Cup conqueror jockey, Tyler Gaffalione. Other jockeys may have been a bit inconsistent this year, but Tyler has made the most number of Breeders' Cup wins starting in 2018-2020. His ability to establish a great connection with the horse makes all his entries triumphant, even if it is the longest track they're on.

Takeaway
Undeniably, the heat and excitement at the Gulfstream Park are starting to take shape as it houses the best racehorses on earth once more. Do know that it is an invitational race, and horses who made significant accomplishments and earnings in the last five years are the entrants that get the chance to vie for the Pegasus Cup.

As the race concludes in the next few days, this is the perfect time to prepare the list of horses you will cheer and bet on at the Pegasus World Cup Invitational. With Sleepy Eyes Todd's addition to the list, the Pegasus is surely taking the competition and the betting games to the next level.