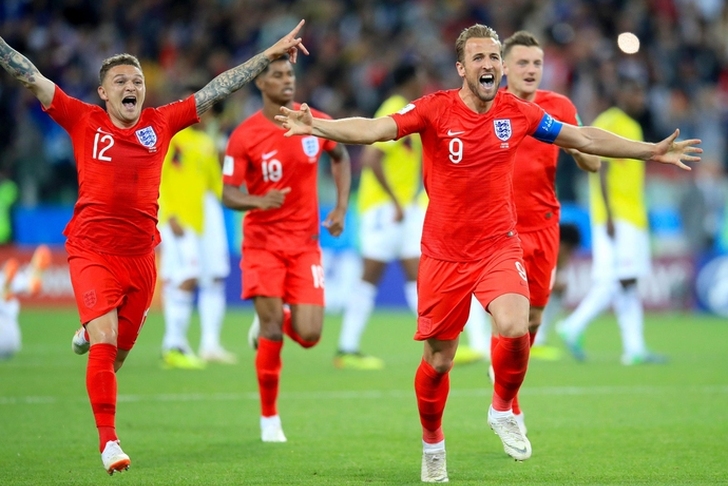 The gambling industry’s decision to implement a self-imposed ban on betting adverts broadcast during live televised sporting events in the United Kingdom was a hugely significant move.

The Industry Group for Responsible Gambling (IGRG) introduced the ‘whistle-to-whistle’ ban at the start of August 2019, following criticism of the number of betting ads shown during the World Cup in Russia last year.

From the beginning of the tournament through to England’s semi-final defeat against Croatia, 17 percent of ITV’s ads were related to betting – far in excess of the Advertising Standards Authority’s guidelines.

The new rules mean that there will now be no betting adverts shown during live sport coverage before 9.00pm in the UK, marking a big change in tack by the industry.

Read on as we look at how the gambling ad ban will affect pre-watershed television viewing in the United Kingdom.

Why was the ban introduced?
The ban came into force at the start of August 2019 and applies from five minutes before a live event begins until five minutes after it finishes.

As covered by Jacob McKenzie of online-casinos.com, The Ashes clash between England and Australia was the first major sporting event to be subjected to the ban.

Under the new guidelines, the majority of live sports broadcast before the 9.00pm watershed will not feature any ads that promote sports betting, casino or poker products.

The industry had been under huge pressure to control the amount of advertising in live sport to help tackle problem gambling.

The ban was also introduced as an attempt to make a significant dent in the number of children under the age of 16 who are currently addicted to gambling.

It has also been added to the Gambling Industry Code for Socially Responsible Advertising, highlighting the industry’s commitment to making it work.

What do the experts say?
The ban on betting advertising during live events is seen as a major sign that the gambling industry is eager to operate in a safe and fair environment.

John Hagan, the IGRG chair, believes the new rules prove that his industry is dedicated to ensuring that gambling remains a fun pastime for people to enjoy.

He said: “We believe that these new voluntary TV measures, which have been approved by the trade associations representing every sector of the gambling industry, will drastically reduce the amount of gambling advertising on television and they complement the strict controls that already govern gambling companies around advertising on digital platforms.”

Jeremy Wright, the culture secretary, also gave his backing to the ban: "I am pleased that the sector is stepping up and responding to public concerns,” he said.

"It is vital children and vulnerable people are protected from the threat of gambling-related harm. Companies must be socially responsible."

Does the ban include all live sports?
While popular sports like football and cricket are included in the ban, horse and greyhound racing broadcasts will still be allowed to feature betting ads.

Placing bets is seen as a fundamental part of both sports and they have been allowed to continue to have gambling ads during their live events.

Betting companies pump huge revenues into racing through sponsorship and it was decided that banning ads could prove hugely detrimental to its future.

Experts have argued that a ban on gambling advertising would do irreparable damage to racing’s finances, potentially putting many people in the industry out of work.

A ban on gambling advertising and sponsorship has already been introduced in Italy and racing professionals are concerned that the UK could be next.

What does the future hold?
The betting industry’s decision to implement a ban on betting ads during live events is undoubtedly a sensible move.

While research has shown that just 1.4 percent of all gamblers become problem gamblers, anything that can be done to reduce that figure should be welcomed with open arms.

While there are some comparisons to be made between other addictions such as drinking and smoking, it remains to be seen whether the same restrictions on ads for their associated products is needed for betting.

Turning the problem gambling figure around, it is a fact that 98.6 percent of people are able to enjoy betting and can do so in a responsible manner.

While a blanket ban on betting ads is unlikely unless there is a change in government in the UK, it will be interesting to see just what effect the recent move has in helping to reduce the number of problem gamblers.