How Sports Betting Is Breaking Down Barriers 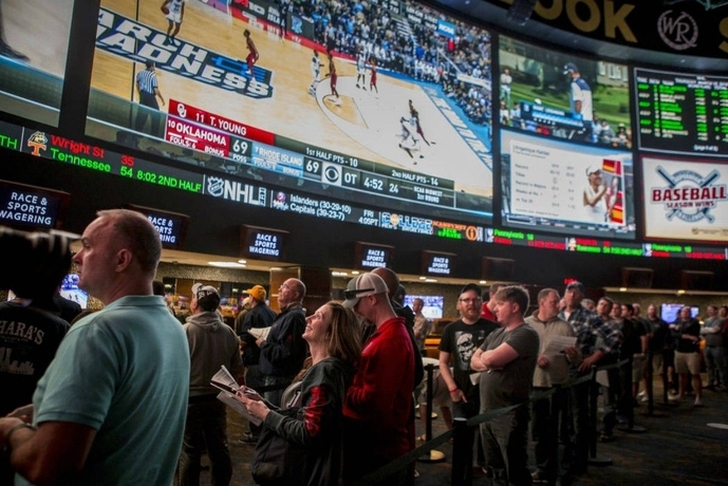 Sports betting is one of the most popular pastimes across the planet currently, and as an industry it’s only expanding.

Right across the planet laws are currently changing to legalize and regulate the industry, transforming it into a multi-billion industry that employs thousands upon thousands and thrills many more.

In Europe it’s long been a major industry. Recently that’s expanding too. Sweden recently passed laws to see a re-regulated market. Casinos without license still operate online, but with sites such as Casino.se that lists only casinos with license, it's rather easy to keep track on where you can safely.

Swedish adults can now bet with over 30 different operators, disbanding a precious monopoly on the likes of horse racing and placing a marker that will see the industry in the country increase tenfold.

Sweden joins the likes of the UK and Italy where sports betting has continually broken down barriers, not least with revenue.

Revenue Increases
In the UK alone, the betting industry is worth over £14 billion per year, employing over 106,000 people. That’s just short of the number of staff McDonalds employ in the country.

In Italy, taxes have just been raised in the country, seeing an even bigger contribution from the industry.

That’s already transforming the fortunes of a number of states and cities. Until the ruling Atlantic City had been struggling for a number of years, but is on the way to an upturn in fortunes with large increases in revenue, much of it down to the online market.

However, it isn’t just the industry and the taxes being paid that’s breaking down new barriers, it’s also playing a huge part in the sports that punters bet on too.

Sports Sponsorship
Sports clubs around the world are increasing the number of partnerships they have with sports betting firms. In the Premier League, the top league in English football, almost half of teams have a main shirt sponsor that is a gambling company, a far cry from when the league first began.

That’s increasing budgets of clubs dramatically, increasing the quality of the Premier League and making it a more appealing product to watch, invest in and, of course, bet on.

In Italy it’s a similar story and the USA are, for the first time, now seeing franchises across multiple sports team up with gambling companies.

In fact, the NBA themselves were one of the first companies to break down that barrier, teaming up with MGM to make them their official gaming partner. That’s a deal set to be worth around $25million across three years, with the league also having recently signed another deal with The Stars Group to increase revenue streams further.

NHL side the New Jersey Devils became the second team to join forces with a betting firm after the Las Vegas Golden Knights secured a deal with William Hill, just before the Devils did.

That’s only going to expand further as more and more states legalize sports betting, while in Sweden, with the new regulations in place, it’s only a matter of time before more clubs start following suit.

The main football league in Sweden, the Allsvenskan, has teamed up recently with Unibet as their official sponsor, which could be hugely instrumental in the league heading towards a bigger global brand.