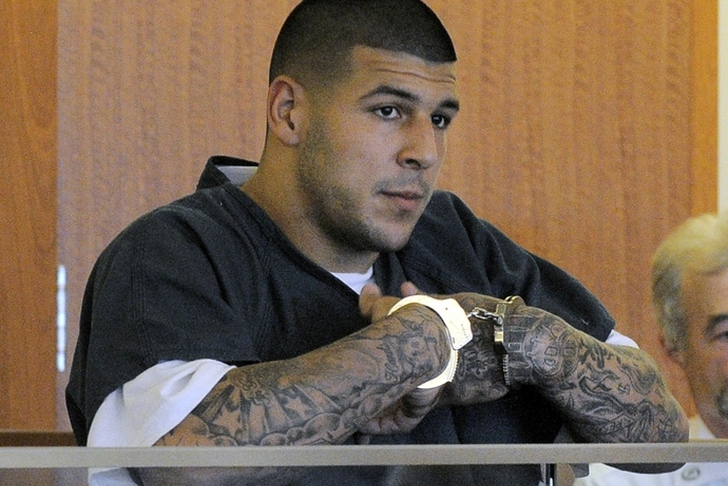 Fallon also said that Hernandez had tried to "block his door from the inside by jamming the door with various items."

"Lifesaving techniques were attempted on Mr. Hernandez, and he was transported to UMass Leominster, where he was pronounced dead at 4:07 a.m.," the correction department said in a statement.

Hernandez was serving a life sentence after being convicted of first-degree murder in the 2013 killing of Odin Lloyd, who was dating the sister of Hernandez's fiance. However, he was acquitted in a separate double murder case just last week.

Jose Baez, who was one of Hernandez's attorneys, has been retained by the Hernandez family to investigate his death. They believe that he was killed by someone else and didn't commit suicide.

"The family and legal team is shocked and surprised at the news of Aaron's death," Baez said in the statement. "There were no conversations or correspondence from Aaron to his family or legal team that would have indicated anything like this was possible.

"Aaron was looking forward to an opportunity for a second chance to prove his innocence. Those who love and care about him are heartbroken and determined to find the truth surrounding his untimely death."