Dallas Cowboys: Will the Slump Continue? 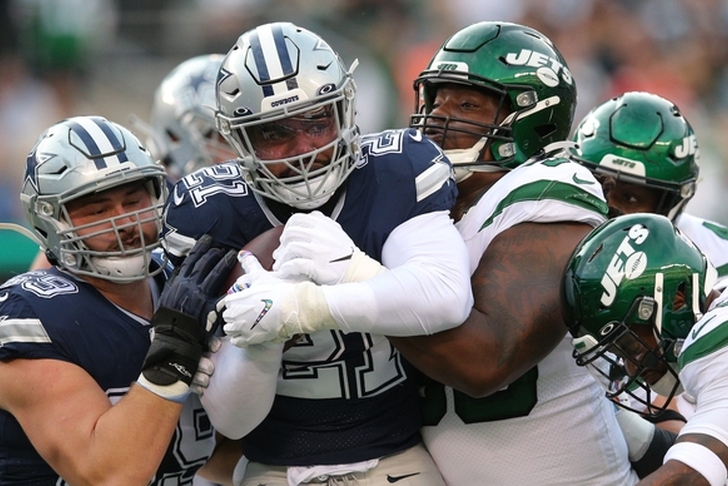 As the 2019 football season kicked off, Dallas Cowboys were firing on all cylinders and were off to an incredible a 3-0 start. Looking back today, this seems like history as the all-familiar slump once again kicks in. The latest loss to New York Jets makes it three losses in three games.

Losing to New Orleans Saints and Green Bay Packers was not a big deal, after all, these are contenders. However, the last loss to the Jets' loss was hurting because it was to a previously winless team.

It is a losing streak that has many talking and that includes Michael Irvin the former Dallas Cowboys wide receiver, NFL Hall of Famer and now a sports commentator. Despite the losses, Dallas still tops the NFC East tied with Philadelphia Eagles.

But for how long? This is the question every Cowboy’s fan is asking and the answers don’t seem to be forthcoming. Week six of NFL had no bigger news than Dallas Cowboy’s loss to the Jets.

Recurring Problems
During the Jets game, the team started slow. Dallas was into an early hole scoring only six points before halftime.

When the team later got into positions to score, there was a problem with stalling drives. It frustrated the fans. Inside the red zone, the Cowboys only scored touchdowns twice in four trips. The inefficient red zone display combined with the slow starts to highlight a recurring problem for the team.

Self-inflicted errors have become the staple of Dallas Cowboys and for anyone wondering about the slump, this is where the problem lies. For Coach Jason Garrett, this was a stunning loss and his remarks about figuring it out didn’t sound convincing.

The Injuries Problem
There’s no doubt that the injuries have made things tough for the Cowboys. The injury bug has hit the Cowboys’ offense hard and this has also affected morale.

Receivers Amari Cooper with a quadriceps problem and Randall Cobb with a back issue have so far missed training.

Add to these tackles Tyron Smith with an ankle injury and La'el Collins with a knee knock and you realize the problem coach Garrett has to deal with.

These injuries come after the devastating news that veteran defensive lineman Tyrone Crawford will be out for the rest of the season. This is for have surgery on his ailing hip which has greatly diminished his capacity. Without Crawford’s leadership qualities, there are fears things might get worse.

These injuries have backed the Cowboys against the wall too early in the season.  Without men to step up and fill these positions, there’s a sense of gloom as harder fixtures come by.

The injuries have also let off the pressure on Jason Garrett’s position. However, a longer slump will surely put him on the hot seat. Already, there are questions about the lack of a contract extension yet. Despite Cowboys’ owner Jerry Jones claiming top teams would scramble for Garrett, there’s no talk of a contract extension.

Will the Slump Continue?
For anyone betting on American football, Dallas Cowboys now seems like a team to avoid. But the message coming from the team hints at a revival.

The players say they remain tuned to Garrett’s message, which is what every fan wants to hear. Observers have called this into question noting off-field events during the Jets game. Several Cowboys ignored Garrett heading to the sideline.

A point to note is that Garrett seems to thrive in these tricky situations. Since 2010, the coach has survived so much football frustration that many pundits admire his resilience.

There’s an opportunity to turn things around because the team still boasts great quality across the board. Their coach also brings unmistakable clarity to the table.

Final Thoughts
The losing streak, injuries, loss of confidence, recurring mistakes; all these are issues Dallas Cowboys have to sort to get back on track. Will they do this early enough to avoid further slump? The fans will have to wait and see what Garrett and his players have in store.