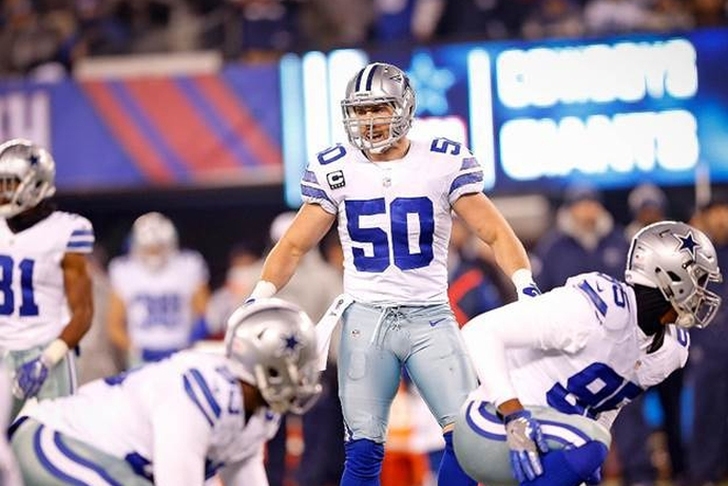 "Starter" and "backup" might not end up meaning all that much for the Cowboys, because this will be a rotation. The top four will surely see plenty of action and Tapper could as well. If he's healthy, the hope is that Lawrence has the breakout year many were expecting last season. Irving showed flashes, as did Mayowa, but Irving seems most likely to get snaps. As the Cowboys first round pick, Taco Charlton will get plenty of work. Figuring out who plays left defensive end and who plays right is still unclear, but all of the top four options could get starts this year. The Cowboys have made it sound like Charlton will be their starting right end. My guess is the Cowboys only carry six DEs, which leaves Moore as the top odd man out.

Crawford played plenty of defensive end last year, but getting everyone healthy and adding Charlton should allow him to move back to DT. If he doesn't become the talented 3-technique (disruptive, pass rusher), then Crawford might be cut. Collins will see plenty of action and might play before Crawford this year. Thornton couldn't beat out Terrell McClain last year, but has the starting job for now. Paea will provide depth as the 1-technique (run-stuffer). Ivie and/or Carrell seem like practice squad additions. Because several Cowboys can line up at various spots, expect to see some experimenting from Rod Marinelli and Co.

Health is essential here. If Sean Lee and Jaylon Smith are healthy, this is a really good linebacker corps. The Cowboys typically use two linebackers, and they need Smith to be 100 percent and for Lee to avoid injury. Wilson is the "starter," but he won't play a ton. Hitchens is a good enough backup in the event Smith or Lee go down. Wilber is on the roster bubble, while Nzecoha has the lead over a bunch of other linebackers. Special teams will likely determine who the Cowboys take as their last one or two linebackers.

Here's Who The Cowboys Signed As UDFAs

Flexibility is the new buzzword for the Cowboys defense, especially the secondary. Assuming he isn't traded, Scandrick will start for the Cowboys. He might line up on the outside in base sets and handle the nickel role in passing situations. Awuzie is versatile as they come: he can play slot corner, outside and safety. I would not be surprised if the Cowboys lined up Awuzie at safety at times to get more cover guys on the field. Carroll has some of the best size of the group, so he could be the other outside corner in nickel looks to handle bigger WRs.

Brown is in the mix as well, after a surprising rookie year. He'll find his way onto the field. Lewis is a nickel corner because of his poor size, which means he might not play a ton with Scandrick on the team. White might be in for a redshirt year, before hopefully taking on the Carroll role.

The Cowboys have depth at the corner spot now, but it's young and unchallenged depth for the most part. In a few years, the secondary might end up being a strength.

The Cowboys used a lot of the "big nickel" look last year, which means three safeties on the field. With the loss of J.J. Wilcox and Barry Church, that might not be an option anymore. Byron Jones is a sure-fire starter and will likely line up all over the field. But the other spot (or two for the big nickel look), is up for grabs. Jeff Heath is the front-runner, but he might be better off in a limited role. Blanton is more of a veteran backup, with Frazier and Woods are unproven. As mentioned above, the Cowboys have flexibility in the secondary and I won't be surprised if Awuzie plays some safety.

The kicking game won't change, as Bailey, Jones and Ladouceur are back. But Ryan Switzer is now the favorite to handle returns, replacing Lucky Whitehead. He was good in the return role at UNC, although he doesn't have the best speed. Still, he should be an upgrade over Lucky Whitehead. If the Cowboys look elsewhere, Jourdan Lewis handled those duties at times at Michigan.