Colin Cowherd No Longer At ESPN After Controversial Dominican Comments 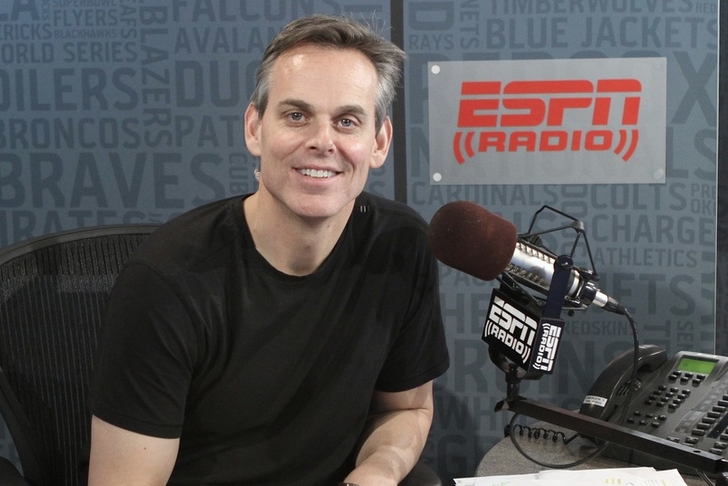 Radio host Colin Cowherd will no longer appear on ESPN after he made comments questioning the intelligence of Dominican Republic baseball players, the company said in a statement.

"Colin Cowherd's comments over the past two days do not reflect the values of ESPN or our employees," ESPN said in a statement. "Colin will no longer appear on ESPN."

I did not intend to offend anyone w my comments. I realize my choice of words was poor and not reflective of who I am. I am sorry.

Cowherd had said on Thursday that he didn't believe baseball was a complex sport, pointing to the face that a third of the sport was from the Dominican Republic, which he said had "not been known, in my lifetime, as having, you know, world-class academic abilities.''

Major League Baseball demanded on Friday that Cowherd owes Dominican players an apology for the remarks.

Cowherd addressed his the issue during his show on Friday morning:

Cowherd went on and cited reports and statistics to back up what he said about primary education in the Dominican Republic, but still repented.

"I understand that when you mention a specific country, they get offended. I get it. I do. And for that, I feel bad. I do. But I have four reports in front of me ... where there are discussions of major deficiencies in the education sector at all levels. ... It wasn't a shot at them. It was data. Five, seven years ago I talked about the same subject. Was I clunky? Perhaps. Did people not like my tone? I get it. Sometimes my tone stinks. I think when you host a radio show, just like Jon Stewart hosts a show, I think sometimes I bring up stuff ... that makes people cringe. I'm not saying there's not intelligent, educated people from the Dominican Republic. I cringe at the data, too."

Major League Baseball issued a statement late Friday, saying they "condemn the remarks made by Colin Cowherd, which were inappropriate, offensive and completely inconsistent with the values of our game."

Cowherd announced earlier in the week that he was leaving ESPN after agreeing to a deal with another company, though he hasn't released who just yet - though rumors suggest he's joining Fox Sports. His show was expected to end next Friday, and has continually raved about ESPN and praised the company's leaders since making the announcement.